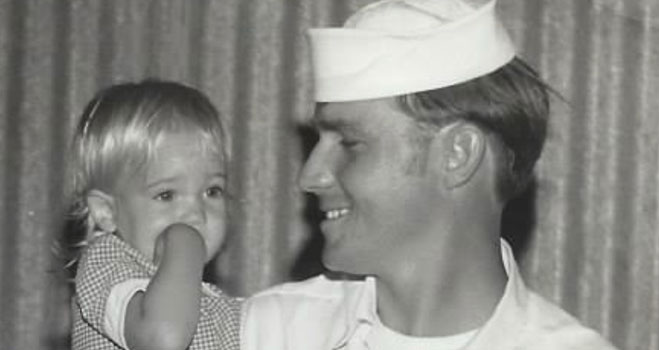 When Your Dad Is In Heaven Father’s Day Is Different

It’s hard to believe that my dad has been gone for over 18 years. I remember the last Father’s Day I spent with him. We met for breakfast at a restaurant called the “Busy Bee.” It was a nice day and my son was full of energy and excited to see his Pop. I remember the gift I gave him that year. You see, my dad was not necessarily easy to buy for. He did not have hobbies or favorite things. His time was always spent working and it was usually a struggle to come up with something creative to gift to him. However, this year in particular I had finally come up with something I knew that would make him smile. I had crafted a small scrapbook filled with pictures of him and my son. It included photos at the zoo, photos of them pretending to shave, photos by the swimming pool and of walking the dog. 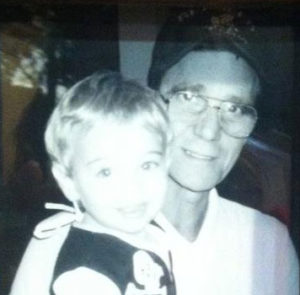 It captured a lot of beautiful memories that the two had made together. This held an important significance because it wasn’t but a month or two before that my dad had told me that he was afraid my son would not remember him. I knew he was thinking of his mortality. He had been sick for a long time and I think he intuitively knew that his time was drawing near. I felt this scrapbook would not only be something my dad would enjoy but also something my son could cherish forever. It would remind him of how much Pop loved his little buddy. It was my way of telling my dad that I would never let him be forgotten.

Much happened over those next few months. My daughter was born almost three weeks early. My dad was elated to hold her, feed her a bottle and brag about her to anyone that would listen. It was a very happy time but I could tell he was struggling physically. Then on September 11, 2001, as I held my sweet baby girl in my arms in my hospital bed and I watched the second plane hit the twin tower in New York, life stood still and soon would forever be different for a multitude of reasons. 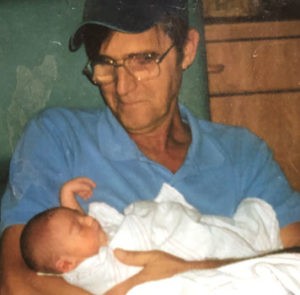 We were rushed to be checked out of the hospital and on the car ride home I called my mom. As excited as I was to have them over later that evening to spend time with the baby I was also saddened by all that was happening in our world. I wanted to check in with them to see how they were feeling about all that was going on. However, she informed me that they would not be coming over because she was having to take my dad to the hospital. I remember crying when I hung up with her. My heart felt like this was the beginning of the end. And it was. Dad was hospitalized for thirteen days when he passed away. We ended up burying him on my daughter’s original due date. In the midst of the sorrow, I had to acknowledge what a wonderful blessing it was that he got to meet my daughter before he passed. Had she not arrived early our story would have been very different. I am grateful that even in the darkest of times the light of miracles still shines through.

But let’s face it, death changes everything. We rarely know when it’s going to be the last birthday we celebrate with a loved one, the last Thanksgiving we will enjoy together, or for me, the last time you get to treat your dad to a Father’s Day breakfast.

Father’s Day is a little different when your dad is in heaven. It’s kind of like having a little hole in your heart and there is just not enough putty in the world to fill it up.

Dads are often our biggest supporters and protectors. One thing I know for sure is they are still serving that role from the other side. Daddies still love their children from heaven. It does not matter how young or old you are. Their love is limitless and powerful and perfect. It finds its way from their hearts to yours and it always, always will.

Although we can’t get one more hug, hear one last joke or see one last smile, we can stay open to the signs that their love still surrounds us.

If your dad is in heaven take a few moments this Father’s Day to look for the signs that he is still ever-present with you. You would be surprised by the ways that they will get your attention.

Looking to connect to loved ones?

I offer mediumship sessions in person, over the phone and online. Due to COVID-19 I am limiting my time in my physical office to 2 days a week and asking that everyone follow all COVID-19 precautions by entering the building with a mask. Please note that phone sessions are equally effective as in-person sessions. Mediumship readings offer you an opportunity to connect with loved ones on the other side and receive validation that the love that you shared with them is still very much alive. I would love the opportunity to connect with you and your loved ones in heaven.

HAVE QUESTIONS? Please use the CONTACT FORM for the quickest response.